Despite strong winds, we are delighted to report that former colleague and friend Ted Reddick has been successful in his second attempt to cycle up Mount Ventoux and reached the summit on Friday 17 September.  Ted recommenced his ride from the point where he had to abort an attempt the previous Monday, when the effects of his condition caused his legs to collapse and he had to abandon his monumental climb only 6km from the summit and after two hours of riding.

Ted who’s 58 is a former racing cyclist who sadly contracted a very rare neurological condition called transverse myelitis (TM) in October 2018 which caused him the debilitating result of being paralysed from the neck down.  Quite incredibly he managed to return to cycling again during the summer of 2019. 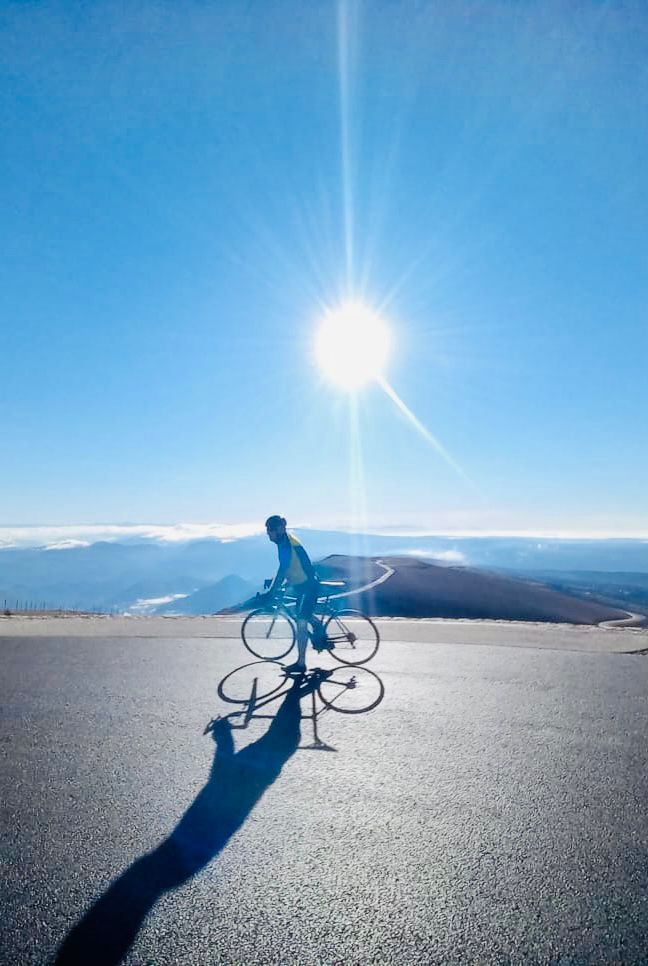 Ted Reddick comments; “It is fair to say that the rollercoaster of emotions over the last week has been extensive but I am happy and relieved to have achieved this goal which, last Monday seemed impossible.  I am incredibly grateful to Langham Homes and all those who have supported me with pledges (now exceeding a phenomenal £31,000) to help other newly diagnosed and driven sufferers of TM afford critical neurological rehabilitation”.

Tony K. Pidgley, Managing Director of Langham Homes says: “We had no doubt that Ted would succeed in his colossal climb for charity and despite the challenges he faces on a daily basis; Ted is not one to give up! His positive attitude is an inspiration to us all”.