Slough – The Royal Town with So Much More to Offer Times have changed immeasurably in the Berkshire town of Slough since the days of ‘the BBC television series The Office’ when many considered it grey and boring or when the area was described as soulless and messy by poet John Betjeman in his 1937 poem ‘Slough’.

Today the town with the SL postcode is fast becoming a more attractive and affordable alternative to London.  In 2017 it was named as the best UK town to live and work and once the Elizabeth line Crossrail goes live, it will offer an even faster and more convenient access to both London and Heathrow. It has also recently undergone the beginnings of a major regeneration programme to improve the town’s amenities and also benefits from a plethora of green spaces, parks and picturesque waterways due to its proximity to the River Thames and Windsor Castle.

It is also the location chosen by Windsor-based Langham Homes for its exciting new development of one- and two-bedroom apartments within walking distance of the town centre and train station – Imperial Central.  These apartments will be built to the highest standards and finished with an exceptional specification.  Residents will also be able to take advantage of individual balconies or terraces to every home, a communal courtyard, secure cycle storage and lifts to each floor. 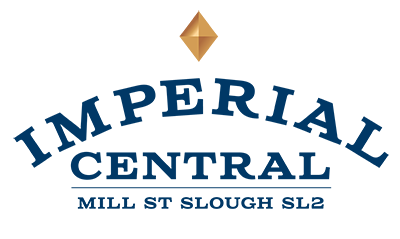 Tony K. Pidgley, managing director of Langham Homes comments: “Slough offers a fantastic location to live for those looking for easy access to London while keen to be part of a thriving local community.  It has also been hailed as one of the most successful economies in the UK with a wealth of companies making it their headquarters and has emerged as a “prime spot” to live or invest as London becomes too expensive for many.  With the multitude of parks and open spaces and all the regeneration that has been invested within the town including the imminent arrival of Crossrail, Slough is the perfect setting for Imperial Central and we invite interested people to register their early interest via our website @ www.langham-homes.co.uk”.